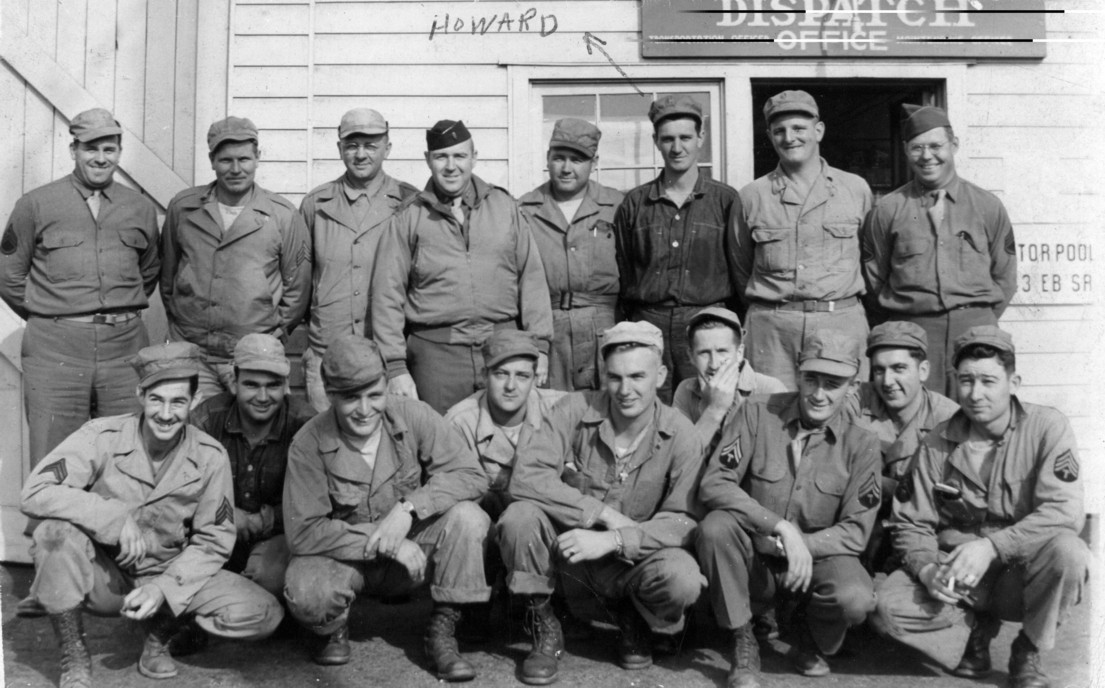 Above is a photo of the 543 EBSR ( Headquarters Company, 543rd Engineering Boat and Shore Regiment)   taken in the South Pacific during World War II (1943 or 1944).  Howard Marsh is the soldier marked Howard and the fourth man from the right next to Howard is marked Addington on the back of the photo but no first name given.

Below is a photo which started out with an unknown date, location and individuals.

A recent auction on Ebay contained the following item:

There are no Addingtons listed in Ouray Co., Colorado in the 1910 or 1920 census.  The most likely person to be C. A. Addington appears to be Claud Addington who was closest in the 1910 census in Gunnison County which borders Ouray County to the northeast.  However in the 1920 census he is shown to be in WY.

Below is a photo which is labeled as the John March Addington family (of Colorado) and dated 1896. 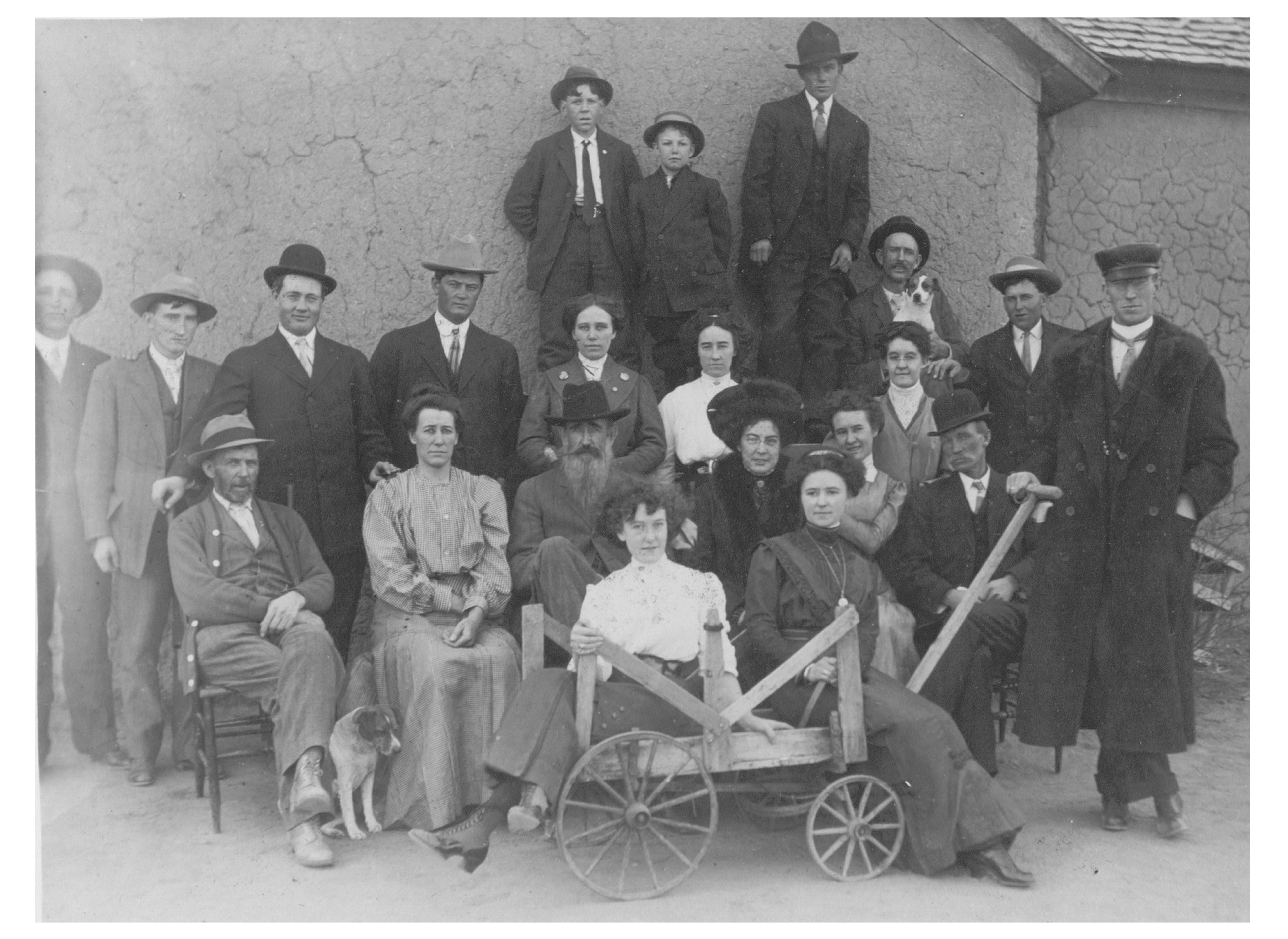 If anyone can identify individuals in this photo, please email the Addington Association Webmaster at addingd@yahoo.com.